This year too Nova Somor will be present at SIAM, the biggest agriculture exposition in Africa, which will be held in Meknes, Marocco, from the 26th of April to the 1st of May.

Last year we were present with a small prefabricated stand and we showed only the NS1. This time we will have a bigger and more professional stand that we are already preparing with our new partner FFengineer. We signed a strategic cooperation with FFengineer to improve our sales in most interesting foreign markets and to organize international fairs and events. Beyond NS1, we will show also a NS2 and there will be videos to show how to install the NS2 exposed. This event is a great opportunity to organize commercial meetings with local clients and, most important, international buyers from African and Eastern countries and other stakeholders with which we would like to cooperate. For Nova Somor, Africa, in particular Magreb, represents the ideal marketplace and location where low temperature thermodynamic can fully express its potential. After all the first helium pump, the Elio Dinamic of Daniele Gasperini was invented in Libia in 1935. 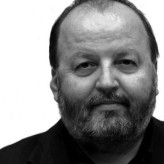